The first of what appears will be an annual event of the World Bufo Alvarius Congress was held this summer on July 27-29th, 2018 in Mexico City in the historic district downtown.

The 300 person capacity event sold out during the event and was attended by residents of Mexico including indigenous tribes of the Sonoran desert home to the bufo alvarius or incilius alvarius commonly called the Colorado River Toad or Sonoran Desert Toad.  There were attendees from the US, Canada, Australia, South America and Europe.

There was a mixture of practitioners, enthusiasts, academics, researchers, scientists, psychonauts in attendance.  At one point during a talk it appeared the by a show of hands that Octavio Rettig had shared the medicine with at least 25% of the people in the room.  After serving it to over 6,000 people in the past few years that didn’t seem like a stretch.

In ironic alignment with the medicine, pretty much everyone succumbed to information overload at some point during the first day.  Whiteout.  Then recovery.  Good thing that the entire event was supported by a second track that was all integration tools and support that started on Saturday and ran through Sunday.  Tools like Qigong, Hakomi, breathing exercises, sharing circles, yoga, sound healing, along with various integration practices, therapies and philosophies. 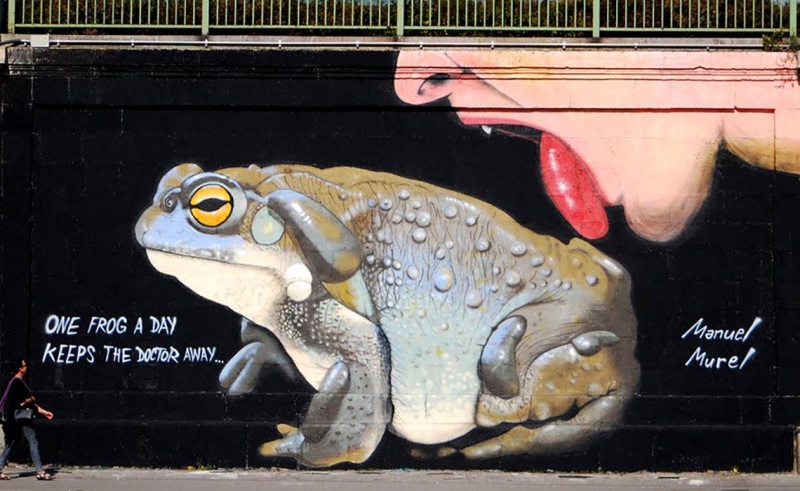 The science around the medicine was amazing and serious.  We learned about EEG studies of the acute effects of 5-MeO-DMT by Juan Acosta-Urquidi, PhD.  You can read more information on his website neuroshamanism.  We learned about 5-meo-dmt induced hypercoherence where different parts of the brain normally quiet while the default mode network (aka. the “ego”) is operational light up and talk to all of each other while under the medicine.  It increased gamma brain waves over 100% during the entire effect.

I learned from Dr. Jack Allocca that too much 5-meo-dmt normalizes to bufotenine poisoning.  Now after doing more personal research it appears that in his referenced study the animals they tested were getting amounts between 48-278 mg/kg!!  No human could ever get anywhere near that amount in their body through any route except intravenously.   The bigger issue is concomitant use of MAOI’s (monoamine oxidase inhibitors) or SSRI’s where the normal MAO-A pathway is backed up, the extra 5-meo-dmt in the body gets metabolized in other pathways that convert it to bufotenine, thereby poisoning the subject.

It wasn’t all science though as there  was lots of personal testimony as to the power of the medicine and the benefits people were experiencing with it on their healing paths.  Of course reintegration was the most talked about subject and well explored.   We met a man who was a toad practitioner from Mexico who claimed that after growing up with the current President of Mexico that at least 25% of the current administration has some experience with entheogenic medicines. 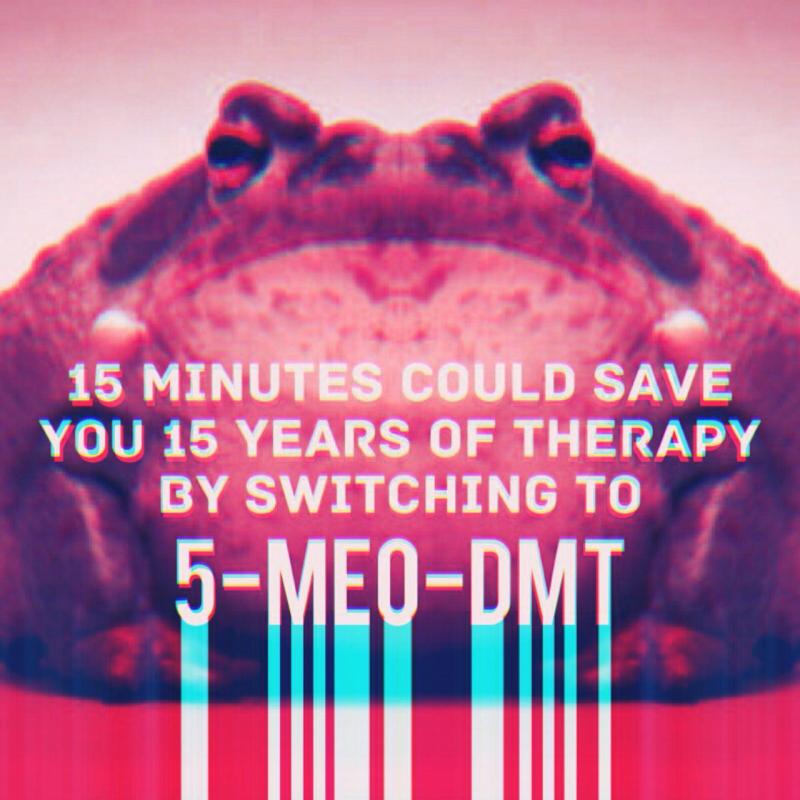 A crew of us came down from Austin along with an entheogenic jedi veteran from Colorado already well-versed in toad.  We all fell in love with Mexico City, the largest city in the world.  The highs were 78 degrees, in the mid-50’s at night.  The people were amazing.  The food was incredible.  The currency exchange made everything at least 50% or less of what it cost in the US.  We visited the pyramids of the Moon and the Sun at Teotihuacan and united the divine feminine and masculine under the tepezcohuite tree in a cosmic washing machine of love.

Here are some pictures created and also treated to capture the experience.  If you like this artwork please visit Psychonaut Division at his website and Instagram. 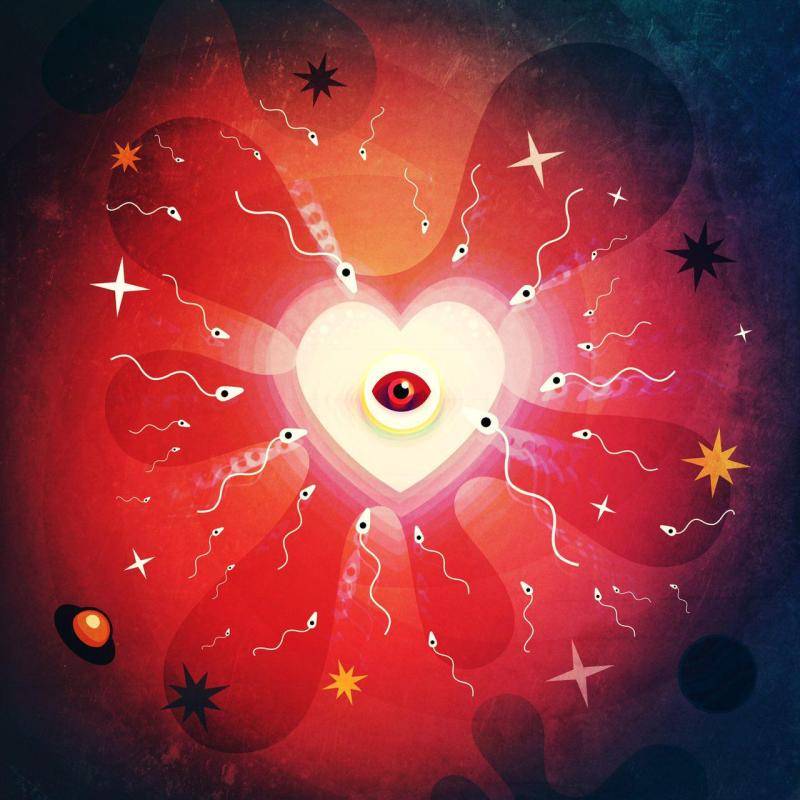 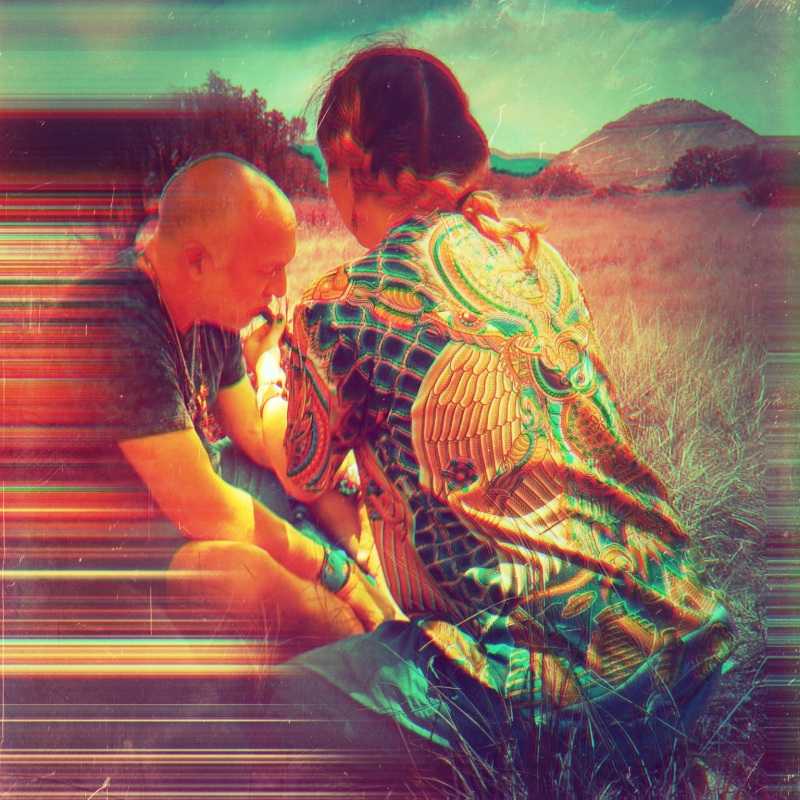 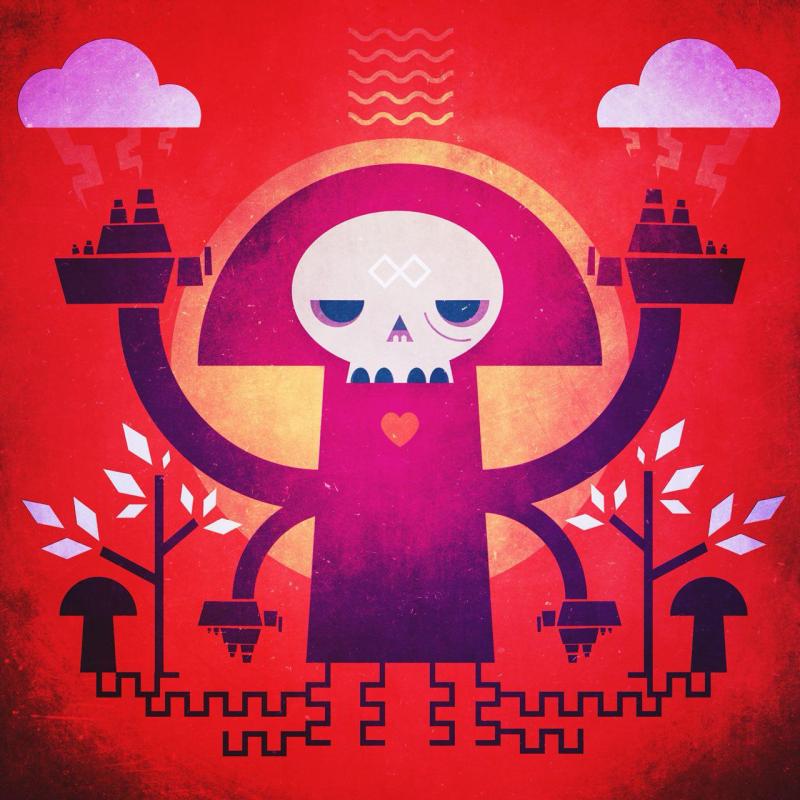 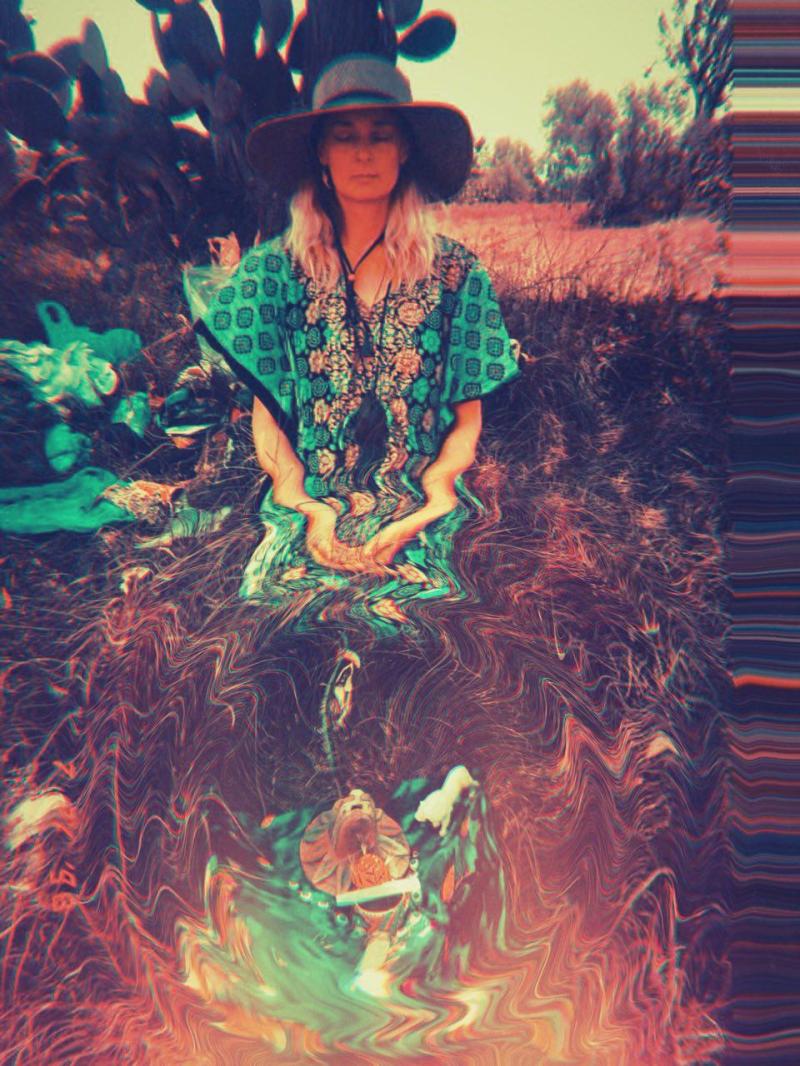 Ian Benouis is a West Point graduate, former Blackhawk helicopter pilot, former US Army officer and combat veteran who participated in Operation Just Cause in the Republic of Panama.  This operation was the largest combat operation in US history focused directly on the War on Drugs and was the largest special operations deployment ever conducted. He was a pilot-in-command and his aviation brigade flew more night vision goggle hours than any unit in the military except for the Task Force 160 Special Operations which his unit was ultimately rolled up into when the 7th Infantry Division at Fort Ord, California military base was shut down. Ian grew up in Hawaii in the 1970’s where cannabis was decriminalized and fully integrated in to the culture.  He has been healing himself for over 25 years with sacred plants, a spiritual practice, and being a student and practitioner of ethnobotany.  Ian was a pharmaceutical representative for Pfizer after he got out of the Army witnessing firsthand the meteoric rise of the SSRI’s and synthetic opioids in the early 1990's. He is a casualty of the drug war having been arrested for cannabis while in law school.  Ian is an intellectual property attorney who has been working in the corporate world for over 20 years in the primary roles of VP of Sales and Marketing and General Counsel.  He is a political activist in the cannabis and natural plant medicine space nationally and locally in Texas.  Ian was previously the Chairman of the Board for a public policy foundation in Texas for over seven years. Ian was featured in the Spike Jonze produced episode Stoned Vets on Weediquette the cannabis focused series on Viceland on HBO with a number of other veterans protesting the VA’s policy on medical cannabis and trying to end the veteran suicide epidemic. In 2016 Ian organized a trip for six veterans with PTSD to Peru in May for a 10-day plant diet including ayahuasca and other plant medicines with three Shipibo trained shaman brothers that are third generation plant medicine healers.  Ian also took some of the same veterans to Mexico for treatment with iboga and 5-Meo-DMT.  This experience was captured on video and was released as a documentary in March 2017 entitled Soldiers of the Vine. He is member of the team supporting the movie From Shock to Awe a feature-length documentary that chronicles the journeys of military veterans as they seek relief from Post-Traumatic Stress Disorder with the help of ayahuasca, MDMA and cannabis.  This movie premiered at the Illuminate Film Festival in Sedona, AZ on June 2, 2018 where it captured the inaugural Mangurama Award for Conscious Documentary Storytelling.