Currently the United States is experiencing the worst drug epidemic in its history.

Studies have shown that in states where medical cannabis is available (now 28 states), opiate overdoses, use, dependence, deaths and hospital admissions are all down.  There were declines in the number of Medicare prescriptions for drugs used along with a dip in spending by Medicare Part D, which covers the cost on prescription medications.  Medical marijuana saved Medicare about $165 million in 2013.  If medical marijuana were available nationwide, Medicare Part D spending could have declined in the same year by about $470 million.

Medical ethics require doctors to follow the Hippocratic oath of first do no harm.  Since opiates are powerful but also dangerous, harm reduction necessitates the availability of cannabis as both replacement and adjunct to therapy with opiates with a position as a first line therapeutic for pain. When used in conjunction with opiates, cannabis leads to a greater cumulative relief of pain, resulting in a reduction in the use of opiates and associated side-effects. Additionally, cannabis can prevent the development of tolerance to and withdrawal from opiates, and can even reset opiate efficiency after a prior dosage has become ineffective due to tolerance.

Opiates can and do kill.  Cannabis has never killed anyone as a person cannot overdose on cannabis.  Why are dangerous and addictive opiates available for doctors’ prescription and recommendation but not cannabis?

It’s not like we have never used cannabis as medicine in this country.  In 1850 cannabis was added to the US Pharmacopeia (an official public standards-setting authority for all prescription and over-the counter medicines), which listed marijuana as treatment for numerous afflictions, including: neuralgia (nerve pain), tetanus, typhus, cholera, rabies, dysentery, alcoholism, opiate addiction, anthrax, leprosy, incontinence, gout, convulsive disorders, tonsillitis, insanity, excessive menstrual bleeding, and uterine bleeding, among others. Patented marijuana tinctures were sold by Big Pharma companies such as Parke-Davis and Eli Lily.  From 1850 to 1937 cannabis was one of the top 3 prescribed medicines in the US.

In 1889, an article by Dr. E. A. Birch in The Lancet, still one of the world’s leading medical journals, described the utilization of cannabis for the treatment of opium withdrawal symptoms: “the mixture reduced the opium craving and acted as an anti-emetic [drug that is effective against vomiting and nausea].”

Please don’t tell me that there isn’t enough science to back up cannabis as medicine as cannabis is the most studied drug in history and Big Pharma, the FDA and the US Patent Office think otherwise (US Patent 6,630,507 Cannabinoids as Antioxidants and Neuroprotectants).  There are already ten cannabinoid-based drugs courtesy of Big Pharma- Marinol, Nabilone, Dexanabinol, CT-3 (ajulemic acid), Cannabinor, HU 308, HU 331, Rimonabant (Acomplia) and Taranabant, four of which are already FDA approved.

The head of the class is Sativex, a cannabis-based mouth spray developed by UK-based GW Pharmaceuticals. Sativex contains cannabis extracts that are rich in THC and CBD. The spray is used for neuropathic pain and spasticity in patients with multiple sclerosis.

The company’s most recently granted patent (No. 9,205,063) covers the prevention and treatment of neural degeneration with a full plant spectrum pharmaceutical formulation of cannabis obtained by running the plant through a common carbon dioxide (CO2) extraction method. The patent lists all the usual active components of cannabis that come from a full plant extract: THC, CBD, terpenes, sterols, triglycerides, alkanes, flavonoids, etc.  GW Pharma is claiming ownership of cannabis as a drug in the prevention and treatment of Alzheimer’s disease, Parkinson’s disease and multiple sclerosis.

Jesus said “What goes into someone’s mouth does not defile them, but what comes out of their mouth, that is what defiles them.”  Someone illegally self-medicating with cannabis by putting it in their bodies to heal themselves does not defile themselves.   However, someone speaking words out of their mouths that cannabis is not medicine is beyond ridiculous at this point in the debate and is a denial of science and plain evidence in the historical record.

In 1988 US Drug Enforcement Agency, Chief Administrative Law Judge Francis Young determined: “Marijuana, in its natural form, is one of the safest therapeutically active substances known to man. By any measure of rational analysis marijuana can be safely used within a supervised routine of medical care.  It would be unreasonable, arbitrary and capricious for DEA to continue to stand between those sufferers and the benefits of this substance in light of the evidence in this record.”

As Thomas Jefferson said, “If people let the government decide what foods they eat and what medicines they take, their bodies will soon be in as sorry a state as are the souls of those who live under tyranny.”

It is time to assert the ownership and dominion we have over our own bodies and our own health.  The truth we learned in elementary school is more valid than ever today that we are what we eat.  Our bodies are our temples and we don’t need the government, the medical establishment or Big Pharma to defile them.

Let’s chase the money changers out of our temple and reconsecrate the kingdom within with some of that good old natural holy anointing oil, you know the kind with kaneh bosm in it!  😉  I mean come on folks Messiah literally means the anointed one. 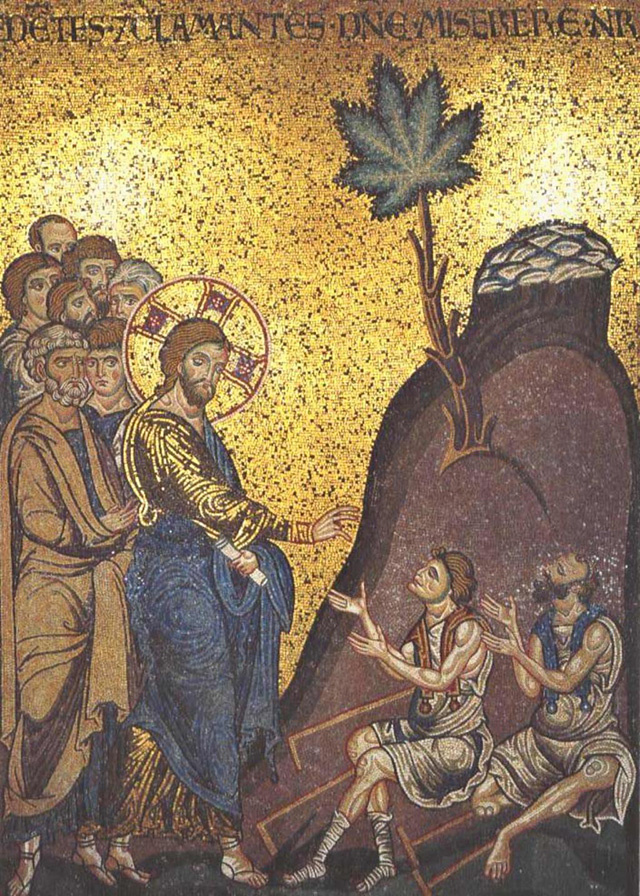